Christina Anid lives and works in Piraeus, in a castle-like house perched above a small fishing harbor. On the walls of her studio, hundreds of striking images surround strange objects. Anatomical slayed silhouettes stand next to naturalized animals, a life-size voodoo doll stares at dozens of upside-down globes, winged and rooted boots await take-off while hybrid beings lay dormant. Her house, which has a lot of a cabinet of curiosities, is a lush case as much and a museum for all these curious objects and her singular creations.

Born in 1974 in Beirut to a Greek / Hungarian mother and a Lebanese father, Christina Anid moved to France with her family at the age of two. She studied French literature at the Sorbonne. Her grandparents living in the United States, she spent her summers between Rhode Island and Serifos island in the Greek Cyclades where her grandmother is originally from.

As a journalist specializing in environmental matters and theater, a travel photographer, a jewelry designer and a creator of personalized collage photo albums, Anid traveled the world before settling in Greece, where artistic creation took a prominent place. "As in a game of dominoes, or sometimes a litany, one thing led me to another until I arrived in Greece where I replanted my roots. With my feet in Europe and my heart in the Middle East, Athens allowed me to balance my aspirations."

American horror movies, folk tales, Greek mythology, Eastern sweetness and pain, circus aesthetics from the 50’s, Baroque vanitas, French surrealism: her influences are as diverse as her path is miscellaneous and her ability to explore different mediums and materials echoes her multiple origins.

Her collages and compositions explore the themes of memory, belonging and freedom. She weaves in her work a memorial cartography where sweetness meets pain. She investigates her finitude with an uncompromising intellectual requirement of raw veracity. In this dreamlike quest for identity, she gathers objects, images, and constantly darnes the stretched fabric of her roots and tries to anchor them in the sky. The accumulation operates like a recollection, taking us along with the artist as she dives into herself.

Active on the international art scene since 2010, she participated in the group exhibition The Art Conspiracy at the Art Loft in Bombay where she received the public award for her "wall of skies".

In 2011, she participated in the Rebirth exhibition curated by Jeanine Maamari at the Beirut Exhibition Center.

In 2017, she collaborates with Skoufa Gallery in Athens and Mykonos.

In 2022, she presents a retrospective of her work at the French Embassy in Greece.

Ex voto suscepto, “from the vow made” are votive objects, offerings placed in temples or shrines in thanks for a blessing, in support of a wish or a desire longing to be fulfilled.

From time immemorial, in all cultures, all religions, men have always believed in the power of intention and have always practiced offerings as a means to communicate with their Gods.

After the angel came a heart, an eye, a lightening bolt, hands, a flying cage, a floating palace, a snake… In each of these works echoes the sound of uprooting, of transformation as well as a call for freedom.

In this series of works adorned with mystery, the artist binds her personal story to our time’s story merging the wishes of many into one. In uniting personal and universal matters to tell stories of love, belonging, wandering and wondering while searching for freedom, Anid exorcises hurt.

In these labours of love, spontaneous, visceral yet laborious, she opens up while the mystery remains. 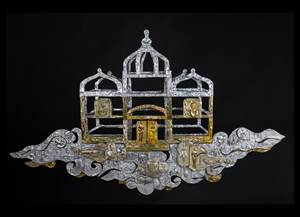 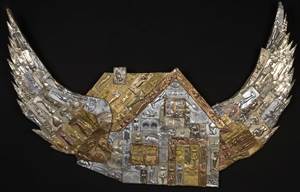 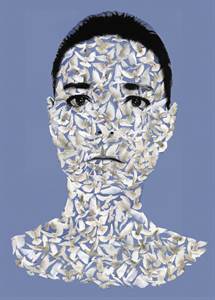 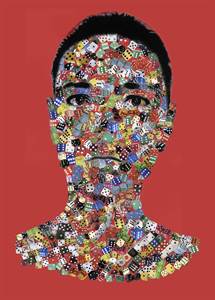 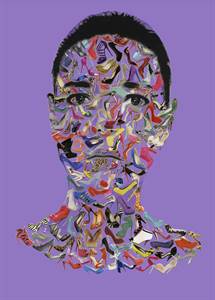 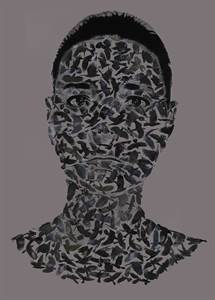 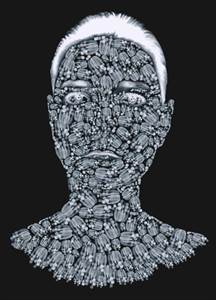 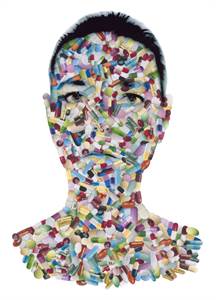 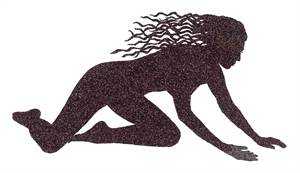 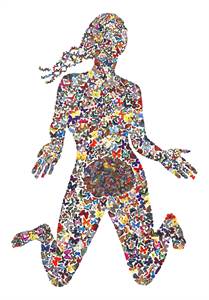 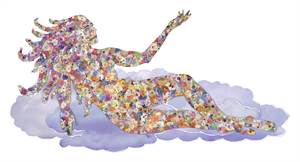