William Betts is a painter based in Miami. His paintings explore the sociological and philosophical implications of privacy and surveillance in an image based and technology driven society. In his painting, Betts looks for the ideal balance between recognition and ambiguity allowing viewers to draw on their own experiences, imagination, and anxieties as he examines the mediated layers between the individual and direct experience.

Appropriately in his artistic practice, Betts makes paintings by adapting complex industrial processes in ways that expand the possibilities of the traditional craft. Regardless of the final output, Betts works with custom proprietary software to hack these industrial tools in ways that yield the results appropriate for a given series.

For his current series of surveillance based black and white paintings, Betts draws on the street art culture of his home base in Miami and created a stenciling process that utilizes software he designed to breakdown time-based video captures into a triangle based image that references the brain’s spatial perception process and translate them into files to be cut into cardboard stencils on a laser cutter and sprayed onto a canvas substrate.

For his ongoing series of voyeuristic swimming pool paintings Betts uses a proprietary technique he developed for applying small glistening drops of acrylic paint with a high degree of accuracy utilizing linear motion technology and his own proprietary software. Each painting has between 24 and 40 Thousand individually applied drops of paint with each drop representing a single pixel from the source image.

Born and raised in New York City, William Betts graduated from Arizona State University in 1991 with high honors with a B.A. in Studio Art and a minor in philosophy.

"My studio practice has always shifted back-and-forth between representation and non-objective painting with each series of paintings informing the next.

In previous work, I started with a photographic or video image and used technology to transform and paint it. In developing this new body of work, I wanted the image making process to be equally as rigid as the production method. These paintings begin as a small cluster of random color information. This initial image then goes through a very specific sequence to create the resulting images which are then converted into a set of machine instructions and painted using my methodology. The entire sequence and process is proprietary and closed. The processes create a bold and complex space defined solely by color and the machine's attempt to rationalize and synthesize the color transitions within each image. Rather than using the systems to adjust and render a photographic image, with this series I am more interested in exploring the nuances and possibilities of the technology as an aesthetic generator.

These paintings are executed in an elaborate and time consuming proprietary technique I developed for applying small drops of paint with a high degree of accuracy utilizing linear motion technology and my on proprietary software. Each painting has between 24 and 40 Thousand individually applied drops of paint with each drop representing a single pixel from the source image."

"I use complex industrial processes to create paintings that reflect the possibilities for an analog medium in a digital age. I use highly modified linear motion technology and my own proprietary software, laser engravers, and other computer controlled devices to apply and manipulate paint. My work is typically based on photographic material mediated through technology and process. I use images as data sets to be examined, sampled, re-contextualized, manipulated and represented.

I have always been less interested in content and more concerned with the structural and social aspects of the image. My practice is non-linear and I work on several bodies of work and techniques concurrently. They inform each other and also help clarify each other.

We live in a society where there is a continuing erosion of privacy. We move through spaces with the illusion that are most private conversations and our most intimate contacts and actions are private. On the web, we willingly turn over our most intimate secrets to the world’s largest corporations assuming they will protect us. The ubiquity of surveillance and photography makes me an unwitting character actor in thousands and thousands of CCTV videos and holiday photographs as I traverse a city square or walk through a park. These mediations create a new visual vocabulary I explore in my work.  I was originally inspired by the writings of Jeremy Bentham on the Panopticon and Michel Foucault in his work Discipline & Punish. My paintings seek to create dialog and explore the sociological and philosophical implications of these new applied technologies in contemporary society.

In my work I look for the ideal balance between recognition and ambiguity allowing viewers to draw on their own experiences, imagination, and anxieties." 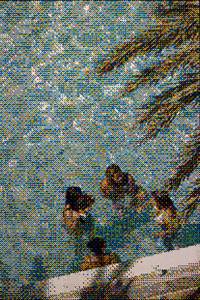 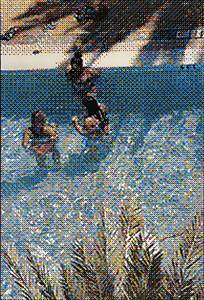 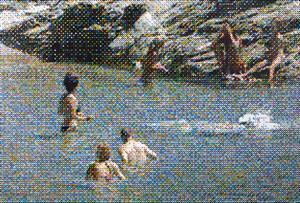 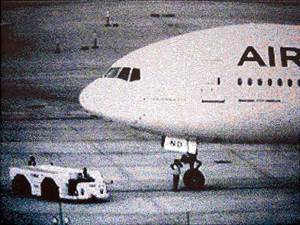 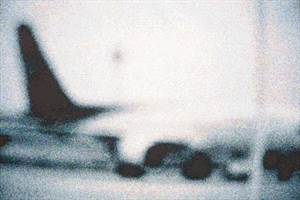 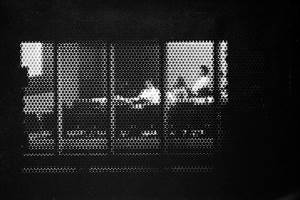 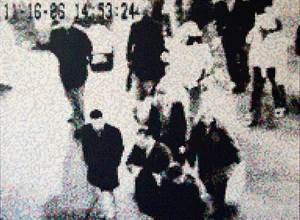 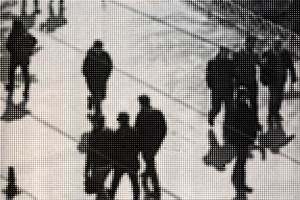 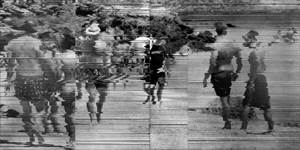 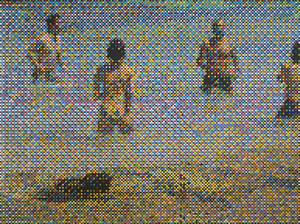 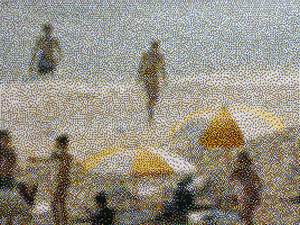