Conrad Bo is a South African artist based in Johannesburg, he was born in 1972.
If his art is influenced par the neo-expressionism movement, he is the founder of two international art movements, namely the Superstroke and the Superblur.

THE SUPERSTROKE ART MOVEMENT
The Superstroke art movement was conceived by him as an idea in 2008. The reason is the impact that the art movement Superflat (conceived by Takashi Murakami) had on contemporary art. The basic idea was that Superflat produced art that was smooth and polished with little or no texture, and therefore Superstroke should produce art that is in a way the opposite of that.
Conrad Bo paints attempts to communicate his views on social issues, historical events and avant-garde art theory. It features expressive, energetic even violent brush, pencil and pen strokes. There is also a heavy emphasis on texture.
The "super" in the Superstroke art movement was therefore inspired by the Superflat art movement, but the look and the purpose of the art by these two art movements cannot be more different in certain aspects. Where the origin of the Superflat art movement is very Japanese the origin of the Superstroke art movement is very African. Superflat paintings are mostly very clinical and precise, where in Superstroke it is mostly raw and very expressive.
The manifesto for Superstroke:
• Paintings should be executed using expressive even violent brushstrokes on at least some part of the picture
• If mediums such as pen, pencil, etc are used, the pen and pencil strokes must at least be overly expressive for it to be considered a Superstroke picture
• Paintings can be executed in both abstract and figurative
• Should a photograph be used for a figurative painting, the objection should not be photorealism, but expressionism.
• Collage, stencil and calligraphy may be used for impact.
Plus signs (+) feature in nearly all of his paintings and is a sign of the Superstroke. It is an indication of an increase, a positive sign, a sign of hope. Ther use of mathematical equations is to reflect the complexity of his art and what it represents.

INFLUENCES
Conrab Bo is inspired by famous artists such as Picasso, Basquiat, or Chagall in his art but follows the manifesto of Superstroke or Superblur. 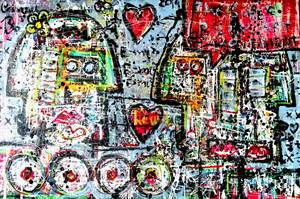 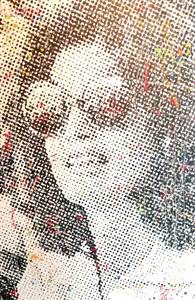 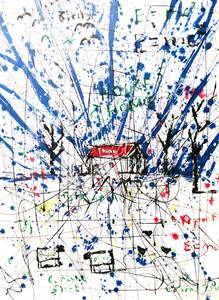 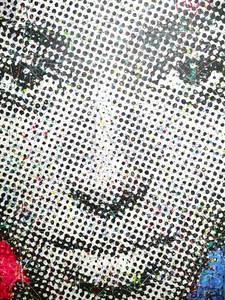 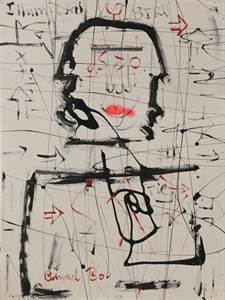 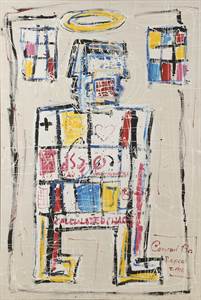 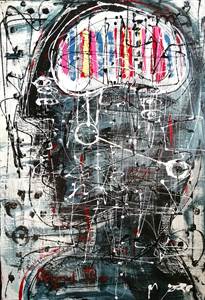 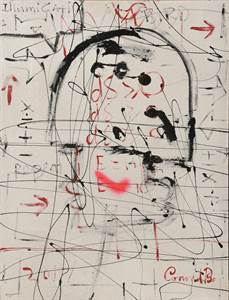 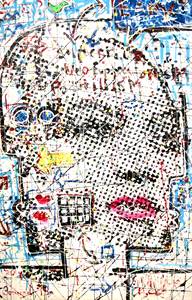 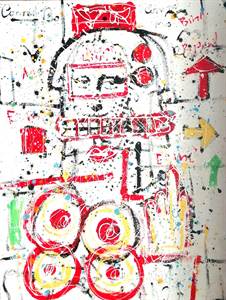 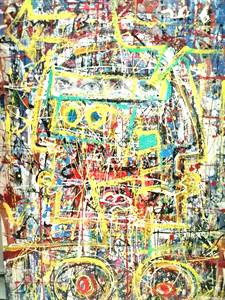