Born in 1974 and raised in Jutland (Denmark), the painter has been living in the French capital since 1993.

She is both a trained artist, having followed a practical education in various Left Bank ateliers, and an art historian, graduating from Sorbonne University. The originality of her work is based upon this dual, practical and academic, background, as well as on her inspiration, rooted in both France and the Scandinavian formal and stylistic vocabularies.

The artist now mostly exhibit her work in various galleries and museums from France and Denmark.

Le Figaro remarks Christina Holdgaard "young painter collected in Denmark for her nudes” for the first time in 2004 during her first solo exhibition in Paris : “In eight paintings bright and pop, she offers a portrait of nine dogs, "these kings of the city that tell by their race, their arrogance or their endurance, the Parisian society." Two Weimaraners set on an orange decor, a Carlin set on cobalt blue [Claude Berri collection]. Xoloitzcuintle chic like a Vuitton bag, the portraits are executed in solid acrylic colors and placed on familiar and sometimes odd graphic scenes".
Le Figaro, November 29, 2004

Again in 2008, Le Figaro speaks of the Scandinavian artist who "took her round the body portrait, this noble discipline of history art, bringing his knowledge and frank freedom, recreating one kin ... as personal as contemporary portraits of Holdgaard, often in very large format, can be read in two stages. The first one is gay as its capital intense colors ... As he owes in a worshiper of Holbein the Younger, Dürer's self-portraits, the unexpected David Hockney and of course the compatriote Hammershøi " tasted for his silence. " The second is meditative, almost magical when the secret of a spirit appears behind solids that transform the portrait "bigger than life" almost into a geological map with a charming touch of pop art. "
Le Figaro Patrimoine, May 2008

When Ingres and the Moderns exhibition at the Musée Ingres in 2009, the press holds the "Danish promising" and his interpretation of Mr. Bertin, glory of the Louvre ... "At first glance, a photographic transposition of the motif, which turns deadly strange and believed by his side and solid colors free, "says Jean-Pierre Cuzin," [former chief curator of the paintings departement at the Louvre].
Le Figaro, August 3, 2009 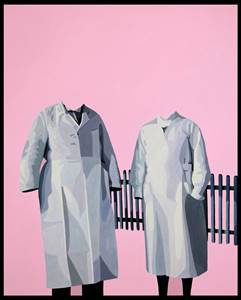 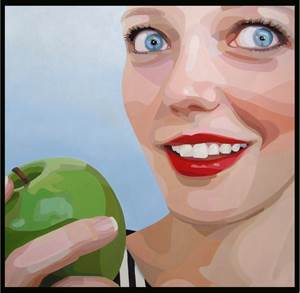 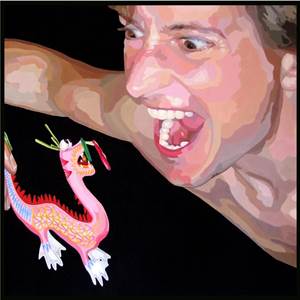 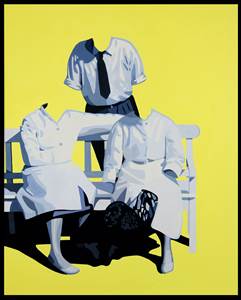 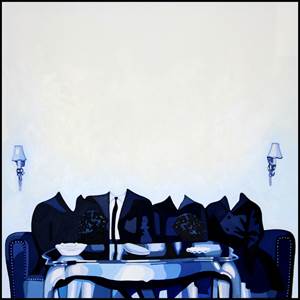 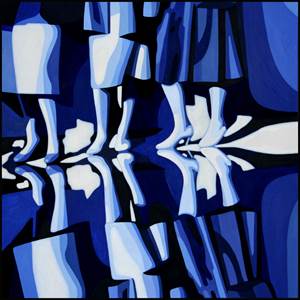 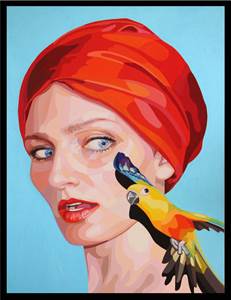 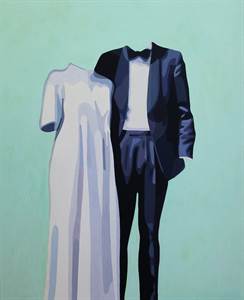 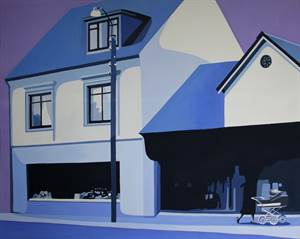