"My painting is at the crossroads of the world of yesterday and tomorrow, of the ancestral and the modern. Between architecture and nature, I seek balance through the force of the imagination."

French painter born in 1970, Ludovic Mercher has exhibited for twenty years. He began with modeling in the 90s. Soon, he worked with black pencils in the hyperrealistic style as well as oil painting of still lifes. After this technical research, he began to ground the foundations of his current style in the early 2000s. In a search for purity, he combined red and black acrylic with Japanese newsprint. This latter material allows him to reconstruct his own calligraphy, playing with signs and senses in a surrealist collage "geometrized" to the point of abstraction. He exhibited at the gallery of the National School of Fine Arts in Paris and his work was acquired by the HSBC bank.

In 2006 he set up his personal studio in Paris and, strongly influenced by architecture, he took the city as his main inspiration. At first with the constant concern for graphic strength, then by confronting its structures with the landscape and nature. Sacred mountains, wind turbines and seascapes will compete with high cities.

In 2013, Ludovic Mercher decided to live in the West of France and set up his workshop in the heart of nature, not far from the sea. This new openness to space and nature inspires him vanishing points in all kinds of visions. architectural, projects integrating structures and volumes. His new paintings draw the contours of utopias. They also integrate his research on the play of materials and textures (vegetable and mineral, liquid and solid). This painting sometimes imbued with the fantastic, Ludovic Mercher conceives it with an imaginary in perpetual construction, always in movement, with for obsession the straight line confronted with the landscape. His works are now in international collections in the United States, Germany, Switzerland, Italy, Spain and in the United Kingdom. 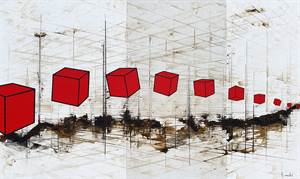 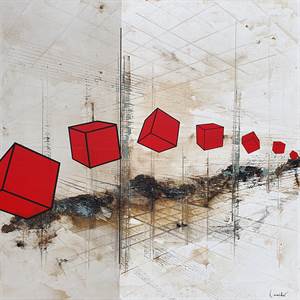 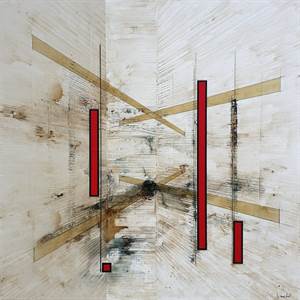 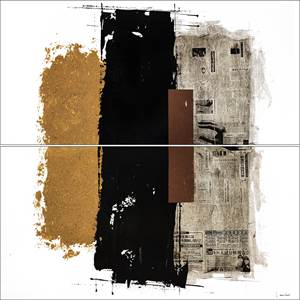 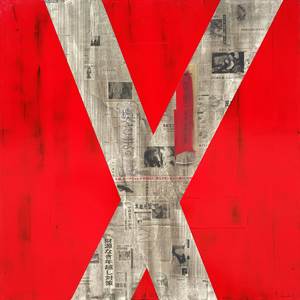 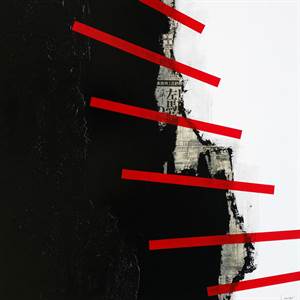 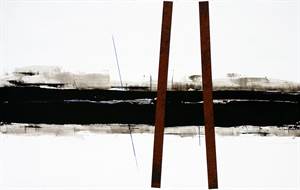 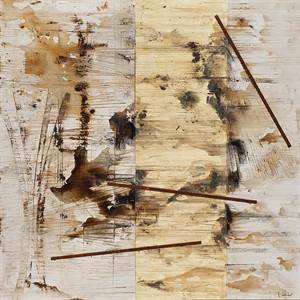 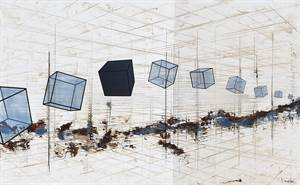