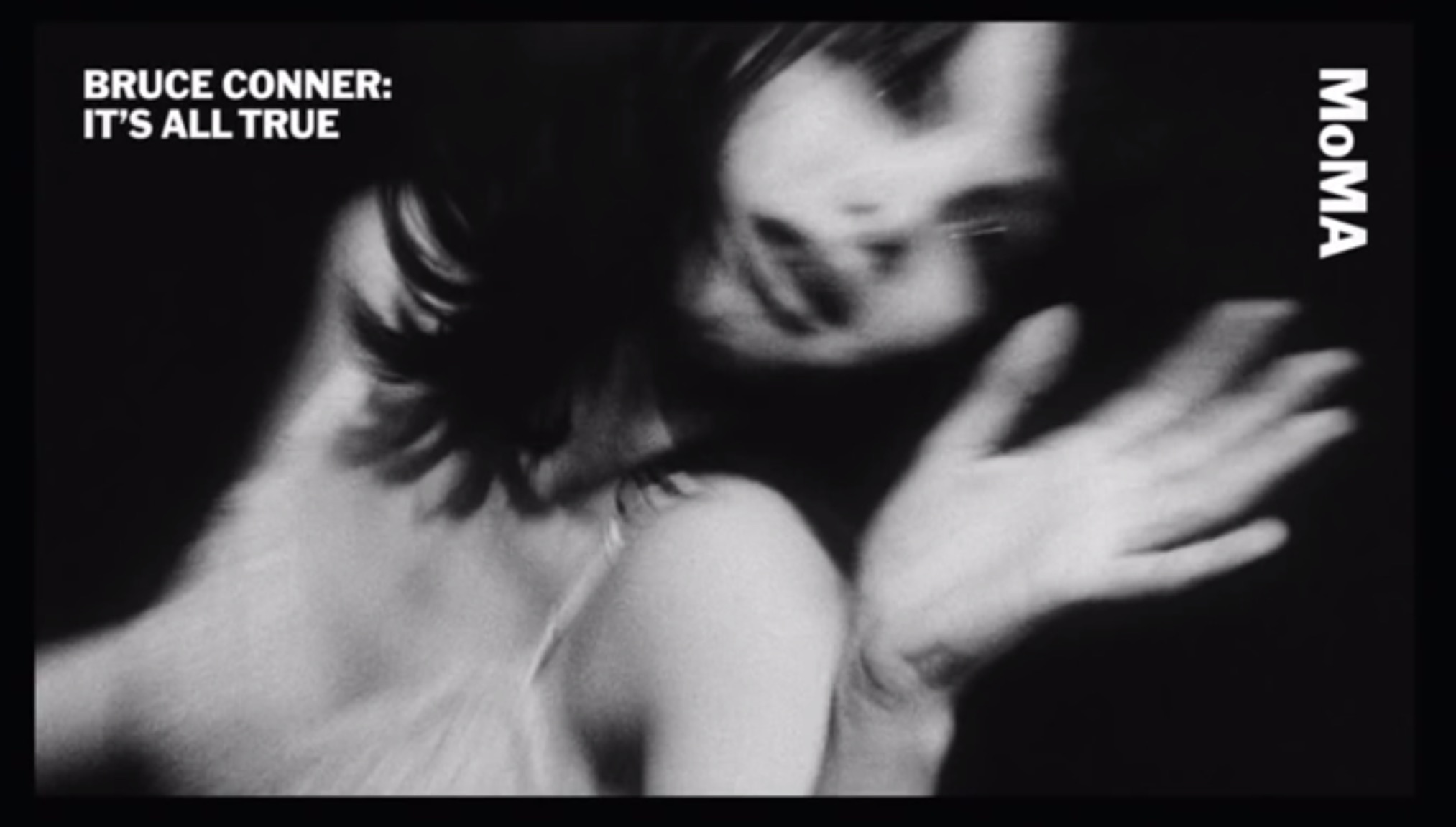 BRUCE CONNER: IT’S ALL TRUE is the artist’s first monographic museum exhibition in New York, the first large survey of his work in 16 years, and the first complete retrospective of his 50-year career. It brings together over 250 objects, from film and video to painting, assemblage, drawing, prints, photography, photograms, and performance.

Bruce Conner (1933–2008) was one of the foremost American artists of the postwar era.

Emerging from the California art scene, in which he worked for half a century, Conner’s work touches on various themes of postwar American society, from a rising consumer culture to the dread of nuclear apocalypse. Working simultaneously in a range of mediums, Conner created hybrids of painting and sculpture, film and performance, drawing and printing, including bodies of works on paper utilizing drawing and collage and two important photographic bodies of work, including a haunting group of black-and-white life-sized photograms called ANGELS. An early practitioner of found-object assemblage, his relief and free-standing sculptural objects, such as CHILD (1959) and LOOKING GLASS (1964), were widely recognized for their masterful compositions and daringly dark subject matter.

Equally a pioneer of avant-garde filmmaking, Conner developed a quick-cut method of editing that defined his oeuvre. Incorporating footage from a variety of sources—countdown leaders, training films, and newsreels—and adding later his own 16mm film footage, Conner’s films also focus on disturbing but utterly current themes. For their structural innovation and daring subject matter, films like A MOVIE (1958) and CROSSROADS (1976) have become landmarks of American experimental cinema.